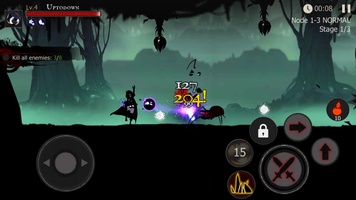 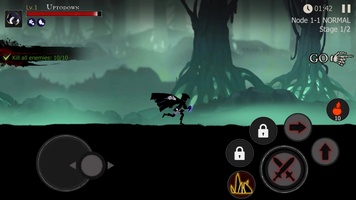 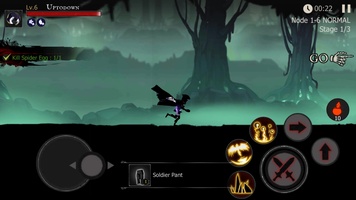 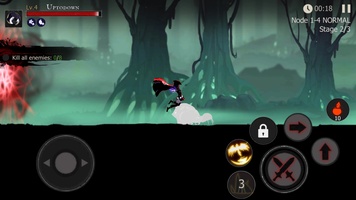 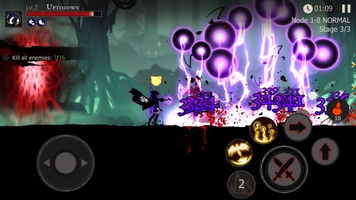 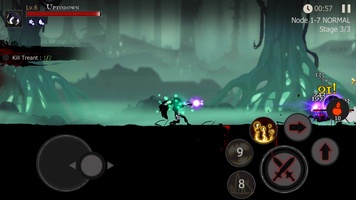 Advertisement
Shadow Of Death is a 2D action game where you play a somber hero who has to face interminable hordes of monsters. As you beat levels and defeat enemies you can level up, improve your skills, and get new weapons and armor.

Players can move their character from left to right onscreen, jump, deflect, and use tons of different attacks and special skills. Learning to combine your skills is essential to successfully facing the most powerful enemies in the game.

In Shadow Of Death you'll find more than 30 levels plagued with monsters, which you can try to face at various difficulty levels. Plus you can play in Dark Tower mode, a sort of survival mode where you've got to try to deflect the interminable enemy ambushes while you ascend a tower.

Shadow Of Death is an excellent action/RPG combo with controls that are perfect for touch devices and a wide variety of enemies, settings, and equipment. The graphics are also terrific, with some spectacular 3D models.
Reviewed by Andrés López Translated by Sam
Advertisement

Why is this app published on Uptodown?
(More information)

This game has not been updated with the latest. N1 .99 nPlease update soon n

the game is very good

It's a good game

Kritika: Chaos Unleashed
Bring down chaos and destruction on your enemies
Eternium Mage And Minions
Put on your armor, grab your sword, and get ready to fight
Dungeon Hunter 5
Immerse yourself in a dark world of demons
Dungeon Legends
The hottest action RPG on Android
Unison League
Experience intense battles in this action RPG
Portal Quest
Put together a team of heroes and wage battle against your enemies
Epic Conquest
A cute ARPG with an anime aesthetic
Tokyo Ghoul: Dark War
A role-playing and action game inspired by this popular manga

Similar to Shadow Of Death